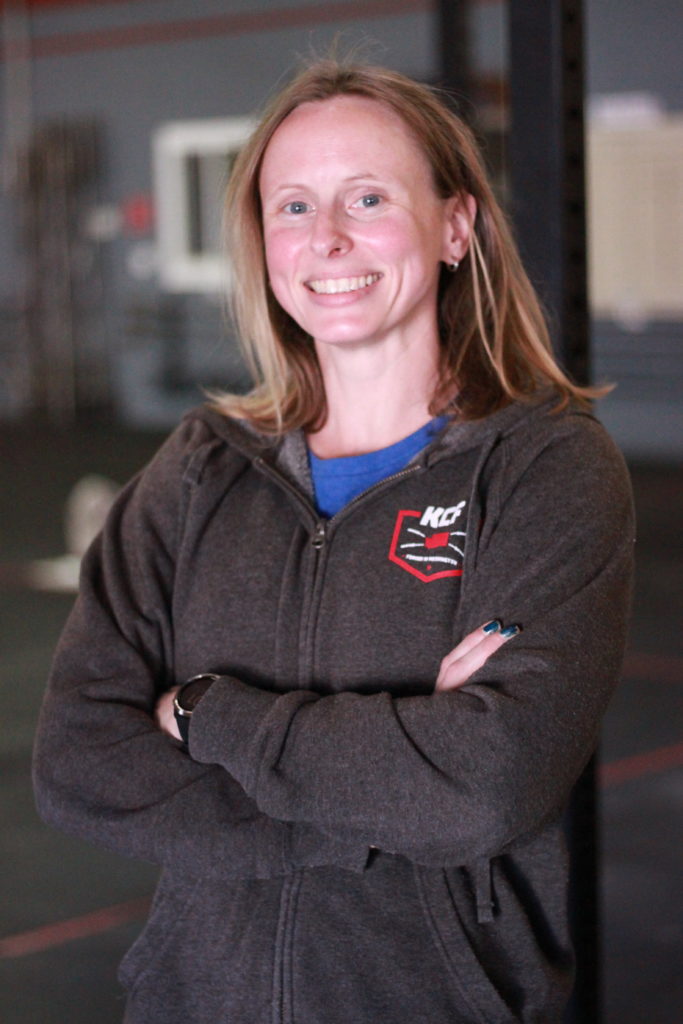 I came to KCF without a “formal” athletic background other than endurance running with some garage lifting sprinkled in, confident in my ability to run fast and far, but confident in little else, in or out of the gym. I was super hesitant to walk through the doors of KCF but a friend dragged me along for “Bring a Friend Night” and I was immediately and irreversibly hooked. As the months and years went by, I was inspired by our incredible group of coaches to be better in so many ways, to challenge myself, to do hard things, and to keep growing and evolving. It wasn’t just growth as an athlete, it was growth as a person - finally figuring out who I wanted to be and what I wanted to do, becoming comfortable in my own skin, and being surrounded by an amazing community. I knew that I wanted to pay it forward and help others grow in the same way.

As a female, I feel like I spent most of my life trying to take up as little space as possible, both literally and figuratively, because that’s what was expected of me. I was surrounded by diet culture and patriarchal ideas - family members constantly dieting, models on the pages of Seventeen Magazine with their thigh gaps and jagged collarbones, buying diet pills in high school, spending hours on the treadmill in college, lifelong obsession over the scale - but also having my ideas questioned in ways that others weren’t, receiving obscene comments at professional functions, being called bossy and overbearing for speaking my mind, and being assaulted as a teenager because a teen boy looked at me as just an object instead of a peer. I learned to be a little quieter, to not draw attention to myself, to tiptoe around other people’s feelings, and to downplay my accomplishments and abilities.<br /> <br /> The community of strong AF women that I found at Kitsap CrossFit helped me climb out of that. Seeing women lifting heavy barbells, doing strict pullups, unashamedly growling and yelling in the throes of maximum effort and running in sports bras and short shorts - just being unapologetically THEMSELVES. Taking up their space. I wanted that. The initial feeling of having a heavy barbell in my hands and still wanting more led me to my biggest hurdle - getting over the number on the scale. I went on an intentional weight gain journey, adding about 15 pounds from the time I started CrossFit. At one point in time, when I lived and died by an arbitrary number on the scale that my brain equated with “goodness,” that would have devastated me. Today, I feel confident in who I am, strong, happy, and balanced. I wish I could go back and shake my teenage self and get all of those years of angst back. Instead, I'll just keep checking goals off my list, setting new ones, and being a better example for my own kids so that they'll have the confidence to take on any challenge they’re faced with and appreciate their bodies for what they can do instead of how little room they take up.

My goal as a coach is to help others grow the way that I did - as people, first, and as athletes, second. I want to help people find their confidence and their voice, change the health trajectory of their lives while working hard, doing fun things, and being part of a supportive community, and set goals and make plans to achieve them. I want to give people the tools to run their first mile, get their first pull-up, kick up into their first handstand, and be there to celebrate with them when their hard work pays off and it finally happens. Let’s take up space, together!